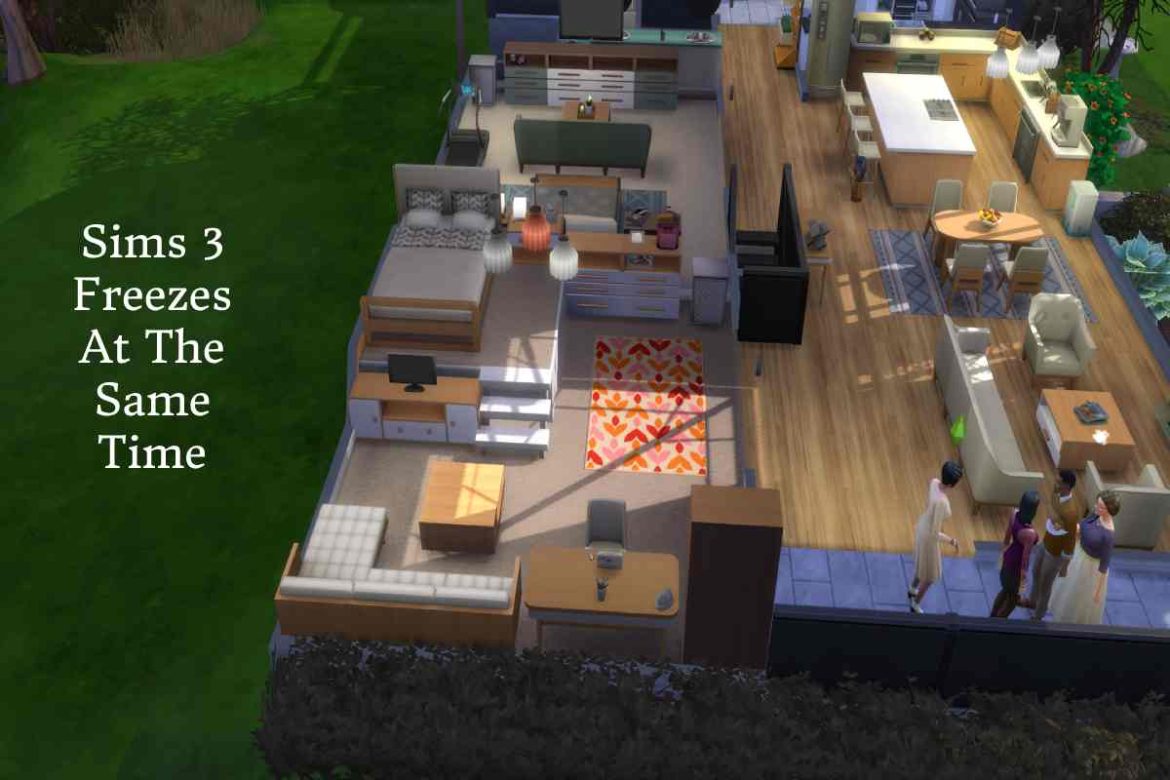 Sims 3 Freezes At The Same Time – The Sims 3 is a very poorly optimized game, high-end computers have disastrous performance in this game, and the fault is not with the computer but with the game.

While I play and perform any action, or without even moving the sims, time freezes, and the sims stop. Still, the whole environment continues to work, that is, the movement of the trees, the direction of the water, everything that It’s nature continues to have its normal actions, but everything that is objects and people stays stuck as if it were carrying something.

The game runs perfectly smooth until it freezes (both sound and animations play unaffected by the freeze), and then, after a wait ranging from 2-20 seconds, it’s back to normal. It freezes with unbearable frequency.

Before installing the latest expansions, the game froze very infrequently. The stoppage lasted between 1-2 seconds, understandable stoppages, at some point of suffocation after many hours of play or scenery changes.

But now, it has gone too far.

The issue is a rendering issue, not a graphical loading issue (the game stops simulating, but the effects and such are still working).

You have a fairly modern processor, with six cores and 12 threads, and The Sims 3 may not recognize the processor correctly or may not be able to take advantage of all of its centres. Let’s try this:

-After this, open the Windows Task Manager

-Go to the Details section and search for TS3W.exe or TS3.exe

-Right-click on the TS3 process and select Set Affinity

-You should see a list going from CPU 0 to CPU 11. Those are the 12 processing threads your processor has, and they should all be checked. Check only CPU 0, CPU 1, CPU 2, and CPU 3, and uncheck the others. This will power the game to run using only 4 instead of 12.

-Go back to the game and check how the performance is going. IF you see that it has improved, you must repeat this process every time you open the game.

To Try To Alleviate The Problems

-Right-click on the Desktop and select  NVIDIA Control Panel

-In the bar on the left, select  Control 3D settings and within this menu, click on the  Program Settings tab

-In the list of programs, search for Sims 3, TS3.exe or TS3W.exe

-Scroll down the list of options and turn on Vertical Sync

A Few Procedures To Rule Out Problems:

This error, I very much doubt that it is from my computer since I meet all the requirements:
Quote

1.- To rule it out, I decided to lower the graphic options to a minimum and set a very low resolution. Not only was the game hurting my eyes, but the problem persisted.

2.- I decided to reinstall the game and all its expansions several times.

3.- I cleaned the Windows registry and all the little shit that could be.

4.- Not sure about step 3, I formatted the computer (or rather, loaded a factory backup) and installed it again.

5.- I tried another friend’s game, which also has all the expansions on Steam if it was a bug that came directly from my games.

But Nothing, The Problem Persists

However, in theory, the virtual memory is adjusted by the system correctly. We have the game installed on another hard drive since we have the main one reserved for the operating system. This always gives me problems installing it, but after changing the path from (Regedit), it fixes it and detects the installation normally. With different and better teams than mine, my partner has told me that he also has the same problem as me … so I don’t know what to think anymore.

In the end, everything indicates to me that it is a problem for the developers, that they have spent adding expansions and then washed their hands; -what’s up!-