The Not-So-Fast Fasting: The Stages of Intermittent Fasting 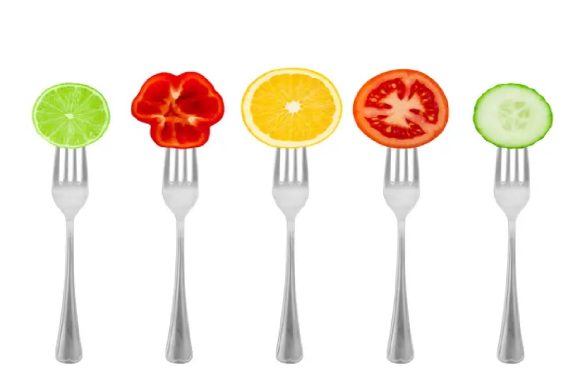 The Not-So-Fast Fasting: The Stages of Intermittent Fasting – Intermittent fasting has been given much attention over the years, especially in physical fitness and ability. To the regular person, this practice is unusual, and only people dedicated to making careers out of fitness should practice it. Nevertheless, research has shown that it yields many beneficial results for anyone, but it would be best for you to know more about the process before actually considering it.

Most people are unaware of the stages involved with this type of fasting, and each of them has specific results with intricate processes under each of them. By learning about each step, you will receive a better understanding of the entire practice. Knowing this, what are the stages of intermittent fasting?

The 12-Hour Journey To Ketosis

The first stage of intermittent fasting comes once the body hits its 12-hour mark, coming in ketosis. Essentially, this is when the body begins to break down and burn the fat in it. The fat is also used for the liver to produce the ketones: acetoacetate and β-hydroxybutyrate (BHB).

Instead of glucose which is their primary fuel source, the cells from the heart, brain, and skeletal muscles use the ketones in their absence. This may seem strange, but the brain is known for mental clarity and better moods once ketones are used for their natural functions. Ketones are also known to reduce inflammation and any form of cellular damage, which shows how useful this is.

Fat-burning comes at 18 hours, and this is when the body produces more ketones for their functions. At this time, blood ketone levels may be measured, and typically, plasma ranges from 0.05 to 0.1 mM. Fasting or restricting carbohydrates in the diet allows concentration to reach 5-7mM, and heart-pumping exercise may accelerate generation. Just as found in lab animals, running and intermittent fasting rewires nerve cells, giving way to improved learning and memory. The increasing level may also ramp up the reduction of inflammation and DNA repair.

In simpler terms, autophagy is when cells recycle old components and break down misfolded proteins linked to Alzheimer’s. This process is also essential for cell and tissue rejuvenation. However, this process has serious consequences with its absence, such as neurodegenerative diseases that happen due to ageing. Therefore, the main “attraction” for intermittent fasting is it activates the AMPK signalling pathway and inhibits mTOR activity, consequently activating autophagy.

However, exercise may also trigger mTOR inhibition, which increases the autophagy of many other tissues. In addition, movement imitates the fasting process as one goes without food for a while, activating the AMPK pathways and autophagy-related genes and proteins. Thus, for humans, high-intensity exercise such as marathoning or cycling is essential for autophagy.

People would think that not having any carbs for an extended period is undesirable, but 48 hours without that would increase growth hormones to five times higher than the average person. This is because the ketone bodies being produced promote growth hormone secretion. Consequently, growth hormones help in preserving muscle mass and reducing fat tissue accumulation as one ages. Mammalian longevity is also a benefit as this promotes wound healing and cardiovascular health.

Much happens between the 54 and 72-hour marks. Insulin is another substance the body would typically rely on, but there are short term and long term benefits in fasting. By lowering the insulin levels, it halts both insulin and mTOR pathways which activate autophagy. This may also make the “faster” reduce inflammation and create insulin sensitivity or resistance, a bonus for those at high risk of developing diabetes.

At 72 hours, the body would essentially break down its old immune cells, making room to generate newer ones. In simpler terms, stopping the IGF-1, an insulin-like growth factor, and PKA, a pathway promoting cell survival and growth that fosters mTOR, can turn down cellular survival pathways through fasting. This leads to the breakdown and recycling of old cells and proteins of the body.

Naturally, if this is your first time hearing about this, you might ask yourself, what are the stages of intermittent fasting? Well, the entire process is divided into an intricate hour system that yields varying results. Nonetheless, there are some supplementary acts that one must do to get the best out of this thing called intermittent fasting.

10 Non-Dairy Alternatives to Consider in Your Diet

The Importance of a Fat Burning Diet

Turnip – Nutrition Of Turnip And Its Greens,...

Find Out The Benefits Of Waking Up Early
What Are The Most Popular Cosmetic Surgery Procedures?
10 Remarkable Benefits Of Flaxseed Oil Capsules For Healthy Living