Everything You Need to Know about Omega Watch 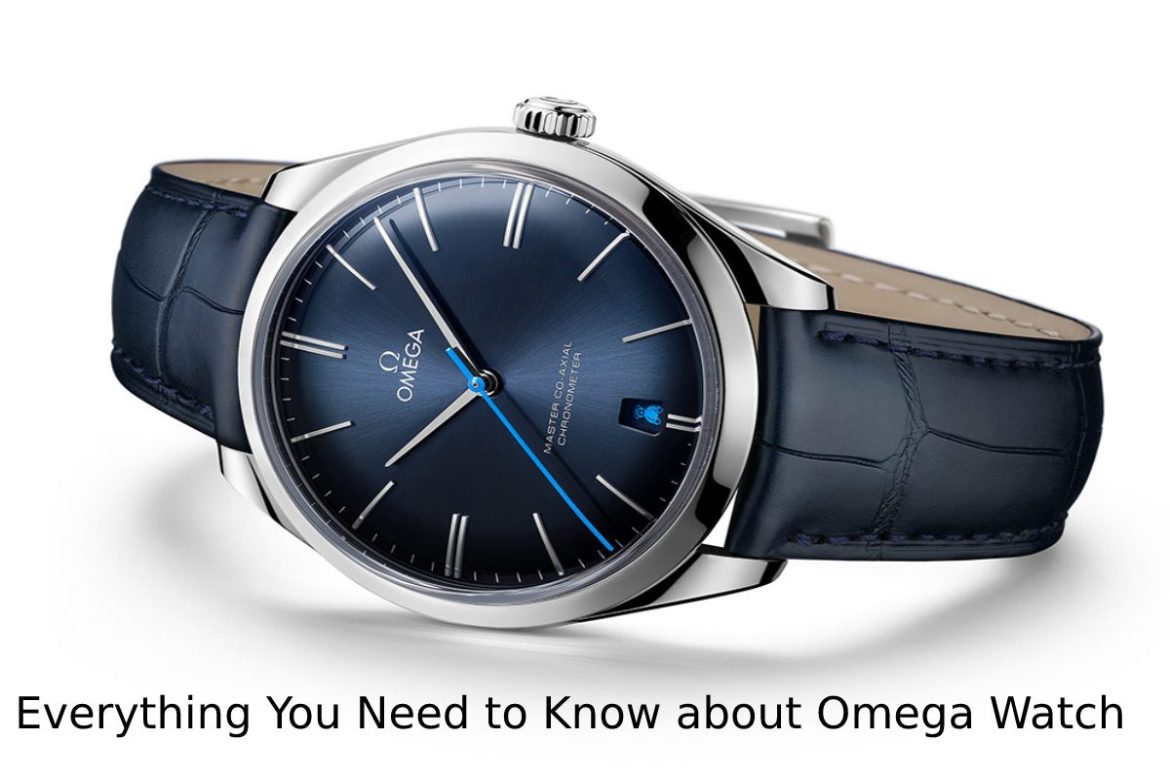 One of the leading Swiss-brand watches, Omega is undeniably one of the toughest competitors in the market. With its high-class watches, it holds a reputation for being the most luxurious watch in the world. Its fame speaks about its overall performance and quality. However, even if this watch brand is very well-known across the globe, there might still be some things you do not know about Omega.

Louis Brant founded Omega in 1848 and since then, it has been marked as one of the best watchmaking companies in the world. With its different collections, Omega offers a lot of watches depending on what you want and need. More than this, Omega has marked a legacy in different aspects. Here are some of the benchmarks done by Omega.

Omega holds the pride of being the first watch ever worn on the Moon in 1969. Since then, Omega Speedmaster has become the most famous chronograph watch in the world. Being the chosen watch of the astronauts in their space explorations, The Moonwatch, a nickname for Speedmaster, has always been present on all 6 moon landings. The Moonwatch Professional is a collection of watches under Speedmaster. Moonwatch Professional 42 mm stainless steel case has two options for its crystal. You can have Moonwatch Professional Co-Axial Master Chronometer Chronograph either with a hesalite glass and an embossed Seahorse case back or with sapphire-crystal glass on both sides. Either of the two, this collection will surely give you an out-of-this-world experience.

You can find Omega Watch everywhere, even in sports. Omega has been associated with some of the famous sports competitions you know—Olympic, Paralympic, and Youth Olympic Games. Such ubiquitous influence talks so much about the quality of performance that Omega gives. Since 1932, Omega has been the consistent timekeeper of the Olympic Games. Meaning, Omega consistently filled its position of being the most trustworthy brand in watchmaking. More than that, Omega was also able to take part in the Paralympics and Youth Olympic Games making it truthful to its commitment to giving accurate time in each result.

We all know it—Omega is the master of Watchmaking. Omega watches have raised their standards to assure that you will have value for the price you pay. Omega Master Chronometer undergoes two tests to guarantee the precision of the watch. It first goes through the test of Official Swiss Chronometer Control (COSC) before taking the eight Master Chronometer tests of the Swiss Federal Institute of Metrology (METAS).

And to let you know, OMEGA obtained 93 victories and set 72 world records at the observatories at Kew-Teddington, Neuchatel, and Geneva. But the most meaningful year for OMEGA is in 1933. Because the company set a world record for accuracy in not just one but every single category at the observatory of Kew-Teddington in England. And the best thing here is they repeated this success in 1936 when it reverted to the equivalent observatory.

Omega has a significant role in world war II. In 1940 Omega was selected as the single largest supplier of watches for the British armed forces and its allies. Due to the features like water resistance, durability, accuracy, and precision, they were selected and became so popular with global military units. In terms of reliability and accuracy, Omega proved it there. Since they do not just make mechanical watches, they also have quartz watches. This is a nice shot because Quartz watches, as we all know, are more reliable and detailed than their mechanical counterparts. This is why in terms of accuracy Omega is still the best among its competitors.

Today, new technologies are arising in Omega, producing multiple and different collections of both classic and sports models. They are created strong and accurate, durable, and reliable. Yes, Particularly the more modern models that have the Master Chronometer designation. They make dignified timepieces and have unique models for all types of activities varying from subaquatic travel and water sports to space exploration and everything within.

Everything in this world has its own story. And like others, the Omega watch has its own story. Every wearer of this watch also has their story with the Omega watch. And here we see that Omega has a significant role in every person who wears it. Michael Phelps is one of them. He is an expert in the five Olympic Games for over two and a half decades. In his exclusive interview, he opens up his journey from his 24-hour training routine to his most unforgettable medal-winning moments. Including his narrow-margin success over Cavic. He said that the secret of success is hard work and, as a recognition to the athletes competing in Tokyo, Michael Phelps wears his Seamaster Diver 300M Tokyo 2020 during the said interview.

Another person that gives a story is the Chinese actress Dongyu Zhou. She is the youngest actress to be entitled as the best actress in 53rd Golden Horse Awards in 2016. And because she is still young, her selection of watches shows that the timeless Omega is never more out of style. She also said that she always felt that innovation and precision are at the heart of Omega.

As years go by, Omega is known as Omega and nothing can change it. When we go deeper and look at its history, we will be amazed. But the sure thing that we can say is that the Omega watch is worth buying. And it can be an investment because it is an unquestionable model that will continuously be in high demand. This watch probably leaves us an impact that we can have for the rest of our life as a memory and legacy.

Today, Omega continues to make reliable watches and they also continuously excel in the field of the watch industry. And though it has many competitors, it cannot surpass the stories recorded in history, the reason why Omega is now recognized and successful. We can also download various  movies like raazi full movie watch online on voot

This Salmon Dial AP Royal Oak Gets a Global Release