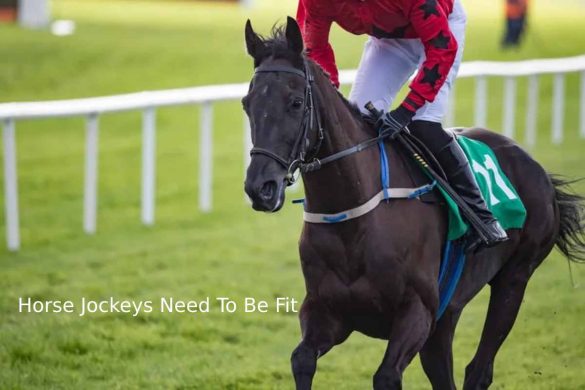 Horse Jockeys Need To Be Fit – We have all been guilty of criticizing a jockey when we have wagered some money on a horse in one of the biggest races. Instead of pointing the finger of blame at the horse, we often think that the jockey could have done more to get to the line first, such as being stronger towards the finish.

However, it’s likely that many armchair fans have ever thought about the hard work that goes into the profession, and just how much exercise jockeys need to do before they even get to get on board their first ever ride. If you are betting on the Travers Stakes, in the Saratoga bets, you would probably profit from placing your money into the fittest jockey.

The life of a jockey is extremely hard work, but just how fit do they need to be to become one of the world’s best?

The most important muscle that jockeys need to be strong in is their core. This is the most important area of fitness for jockeys, as it could be the difference between getting the win or finishing on your back. This is especially the case when it comes to jumping jockeys, as the core needs to be strong to ensure that you remain on the horse after landing back on the ground after taking a hurdle or a fence.

Of course, there are multiple ways to train your core in the gym, with many jockeys often opting to train before a big race to ensure that the muscle group doesn’t let them down. Sit-ups and pull-ups are both preferred options among the jockeys when it comes to training their core in the gym.

Another key muscle group that needs to be strong when jockeys are aiming to be on board winners is the legs. The legs have an important role to play in races, as jockeys will need to keep them locked to the side of the horse and also use them to help direct the equine star out of the way of traffic to ensure that they have the best chance of tactically moving into the best position to challenge for the win.

Training legs is often done in a very careful manner though, as jockeys will not be looking to put on a lot of size, and instead do enough to just improve strength. Many jockeys often opt to train their legs by doing either split squats or standard squats.

Each exercise not only helps strengthen the legs but also has a secondary impact when it comes to improving core strength. The best jockeys will also do these exercises with weights, meaning that they will be perfectly prepared when they get on their runners in the big race.

The majority of flat races last a couple of minutes, while jump races can last up to ten minutes. The longest race on the National Hunt calendar is the Grand National, which sees riders on the horse for the best part of 20 minutes at Aintree. Therefore, no matter which code a rider is competing in, cardio is a must when it comes to a visit to the gym.

Benefits of a good nightly sleep

Coconut Oil – Top 10 Fact-Based Health Benefits Of Coconut Oil
Shampoo For Red Hair – Haircare Treatment, Best Shampoos For Red Color
How Much CBD Can You Give to Your Dog for Pain Relief?