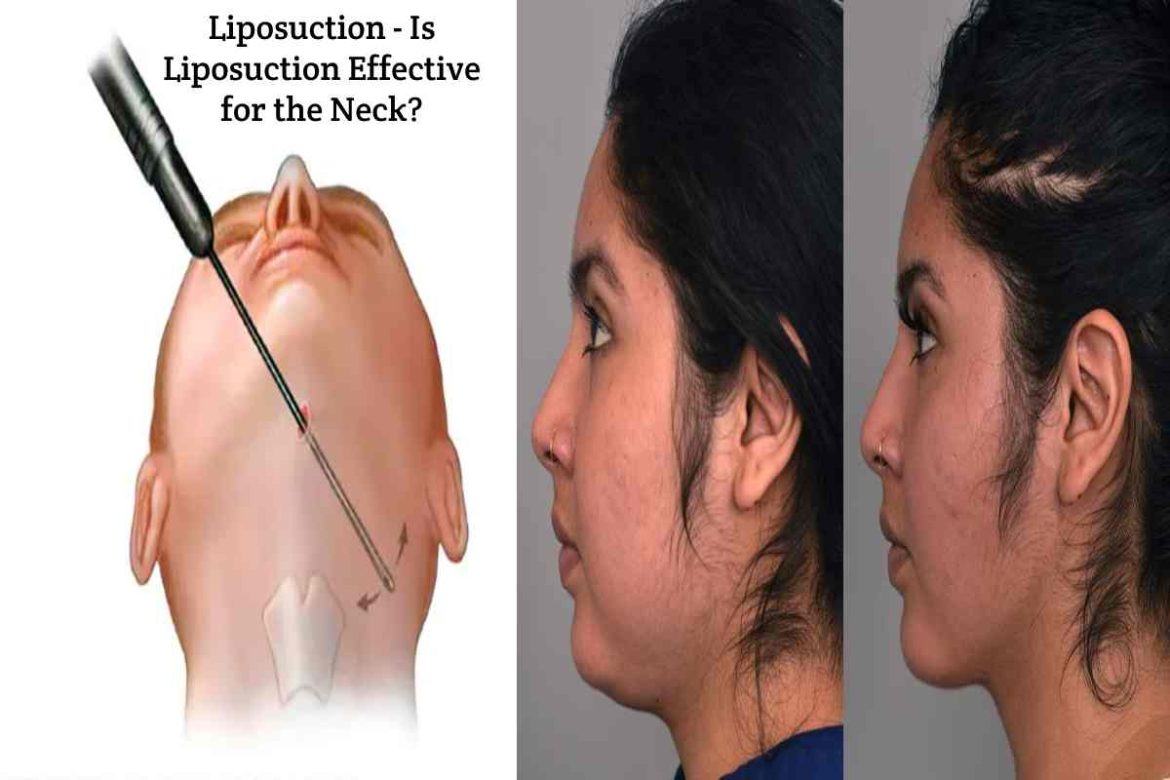 Is Liposuction Effective for the Neck – Liposuction is popular for the abdomen and stomach, but not many people know that liposuction is also available for the neck. This results in a lot of questions about the procedure. People want to know if it is safe, affordable, and how long the effects really last. Keep reading to learn all about how liposuction can be used to eliminate double chin, excess neck fat, and help you get
on your way to a newer you.

In case you don’t already know, liposuction is a procedure that removes extra body fat. It is
most commonly performed on the stomach or thighs, but it can also be used on the neck.
One form of neck liposuction is called submental lipectomy, where the fat is removed from
under the chin, tightens sagging skin, and corrects muscle laxity. It is used to correct fatty
necks, double chin, and can even be used to remove fatty deposits from the back of the neck.

Is Liposuction Effective for the Neck?

Maintaining the results from liposuction requires a slight change to lifestyle though. You may be
required to exercise or change your eating habits to prevent new fat deposits from forming.
Liposuction permanently removes fat from the body, but it doesn’t stop new fat from forming.

Why Liposuction Around the Neck?

For men, the neck is one of the key areas of attractiveness. Men strive to have the ideal jawline
and neckline. Liposuction is one of the best ways to achieve this look.

Women can benefit from liposuction around the neck too. It will make them look thinner and
more attractive.

How Does the Procedure Work?

Liposuction around the neck works just like anywhere else. A small tube is inserted through a
small incision and fat is sucked out. The goal of the procedure is not to remove all the fat in the
neck but to remove enough to give a natural look. The surgeon will often remove as much fat as
possible, but there is also a medical reason to not remove it all. Some fat is important to protect
important body parts found in the throat. Leaving a little fat will protect your muscles, veins, and
spine.

Recovery times are short as well. It’s important to maintain a level of compression around the
neck during the recovery period. Your surgeon will provide you with a compression garment
upon your release. In as little as three weeks, patients will lose all swelling and bruising caused
by the surgery.

Am I Eligible for Liposuction?

Saggy neck skin is not corrected by liposuction; however, liposuction may be a necessary first
step before other procedures can be completed. Liposuction around the neck is a great way to
get your foot in the door to becoming the you that you’ve always envisioned.

Liposuction around the neck area can benefit everyone from their twenties to their sixties.
Anyone, regardless of age, can benefit from the procedure if they have unwanted fatty deposits
around the neck and chin. However, this procedure is most popular with people in their twenties
and thirties. This is the age that can benefit best from the procedure because it’s when it can
have the greatest effect. Older patients are seeing incredible results with face lifts and neck lifts
– procedures that young people wouldn’t benefit from at all.

Both men and women can benefit from the procedure too. However, submental liposuction is
one of the most common procedures for men. A tight, strong neckline can change a man’s look
completely. In fact, it’s one of the strongest aspects of male attractiveness. This makes men
from their twenties-to-thirties the ideal candidate for this procedure.

Are There any Other Procedures to Undergo?

Some people may choose to have the liposuction done on the neck as a single solution.
However, there are some people that should consider having additional procedures done.

A rhytidectomy is one procedure you should consider doing alongside your standard liposuction
if you have particularly loose skin around the neck and chin.

Rhinoplasty is another popular surgery to have after liposuction around the neck. The face is
delicately designed, and any changes could result in something else looking different.
Rhinoplasty is popular with liposuction patients because it gives them a new vision for what they
want themselves to look like, making it a great choice for many people.

Difference Between Liposuction and Tummy Tuck

How to choose the best women’s scent?

Guide On How To Choose Sunscreen And Apply...

Why Snail Cream is The Most Popular Beauty...

9 Essential Oils That Are Great For Skin...

How Facelift Can Help To Maintain Facial Volume...

Types of Facelifts : Which one is best...

4 Things Men Can Add to Their Mornings...

Essential Factors Every Good Cosmetic Brand Is Made...